Skip to content
Previous Next
Drug Addiction: The Importance of Patient Disclosure before Dental Treatment 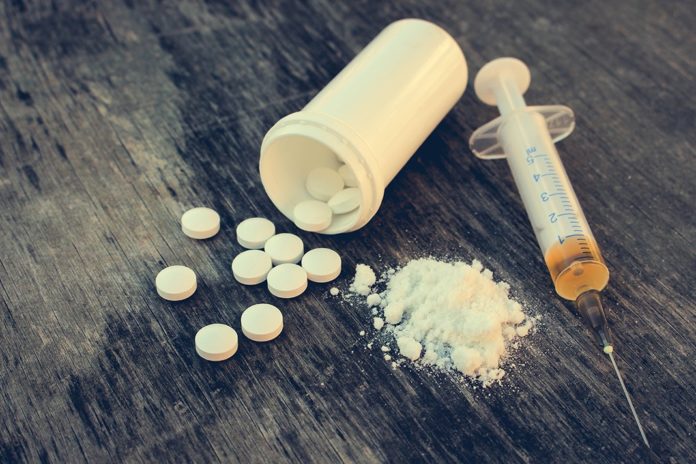 Working for a Federal Qualified Health Center (FQHC) is rewarding, yet the variety of patients I serve can sometimes be overwhelming and stressful. Patients I see regularly range from drug and alcohol addicts, special needs, juvenile delinquents, patients who are starting over after being in prison, AIDS/HIV, and more. Each patient is unique and has a set of health issues, medications, or past, which makes their appointments challenging. Fear of being judged, mistreated, or feeling anxiety-ridden, also creates a different element in the dental operatory.

My outlook on patients is they’re in my chair to receive treatment and education, and I do this to the best of my ability. However, certain issues need to be taken into account before I can treat a patient. Some of those issues include patients arriving under the influence and intoxicated. I’m going to recount two cases; including the way the situations were handled and their outcome, in hopes you can gain some insight.

In my experience, the most common drugs patients take before a dental appointment are cocaine, marijuana, opioids, and alcohol. Some of these can have a potential interaction when administering local anesthesia.

The patient was a 25-year-old male whose last visit dental visit was approximately 4-5 years ago due to lack of insurance. The patient presented for non-surgical periodontal therapy/SRP after an initial exam and FMX. Pocket depths were generalized 4-6mm with generalized, heavy bleeding. Medical history was reviewed and showed previous chemical dependency. An explanation of treatment was given allowing the patient to ask any questions about the procedure. Local anesthesia was required for treatment.

While reviewing the patient’s medical history, the dental hygienist prefaced chemical dependency gently by stating, “I ask everyone regardless of medical history and social background…” Then proceded with, “Before I administer any local anesthesia, have you used cocaine, stimulants, or other recreational drugs in the last 24 hours?” The patient hesitated and said, “Ummm….” The hygienist quickly added she was asking for his safety because detrimental side effects could occur and she was wasn’t asking for any other reason. Further, she told the patient, there would be no ramifications of being honest other than rescheduling the appointment for a better time. The patient looked relieved, and said, “Yes, it’s probably better we reschedule. I did some coke last night with a friend.”

The hygienist thanked the patient for his honesty and advised him to remain drug-free for a minimum of 24 hours before the rescheduled appointment. She added if “something” was to come up, just call the office, with as much notice as possible, to reschedule again. The patient was very thankful.

This patient completed his treatment of four, separate periodontal therapy appointments. Each time the hygienist asked while reviewing medical history, “Is there any reason we need to reschedule today?” The patient would laugh and say, “Nope, we’re all set!”

This patient was a 52-year-old female who presented smelling of alcohol with, “drug dependency,” marked on her medical history as current. The patient did admit to drinking before her appointment but said she didn’t use any illegal drugs, just cigarettes. This patient was in the office for an extraction with the dentist. However, the hygienist sat the patient and took her medical history.

When the hygienist informed the dentist, the patient’s blood pressure was 145/99, and she had been drinking, the doctor didn’t feel it was a big deal, BUT the hygienist did. The doctor spoke to the patient, who was coherent during the conversation, and the doctor felt it was okay to continue with the extraction of #3.

The patient had a medical emergency after anesthesia was administered, and the hygienist had to call 911. The patient hadn’t been forthcoming about taking an opioid before treatment and suffered a stroke.

I strongly believe if something feels off to you, trust your instincts; more often than not, they are right. Experiencing a medical emergency in the dental office is not something I would wish on any provider. Case two from above, I was the hygienist, and this situation has bothered me for a long time. Could I have done something else to prevent this? Should I have spoken up more strongly about my concerns? I feel I did provide an accurate account of my patient interaction to the doctor and, further, told the doctor I didn’t think to treat this patient was a good idea. However, my concerns were dismissed.

When a patient is in my chair, and I’m administering the anesthesia, I take no risks. Even though the conversation is uncomfortable – it is confidential, and it’s important to let the patient know that. Patient care is more than “building rapport,” and being the smiling, bubbly hygienist. It’s about building a true trust; a trust that allows patients to disclose personal information which in turn, allows them to be as safe as possible in the dental office. This is also why it is so important to document. Don’t ever forget to provide detailed documentation in your chart notes to cover yourself. Like they say, “If it isn’t in the chart notes, it didn’t happen.”

As a treating clinician, hygienists not only need to protect the safety of patients but need to protect themselves. I’ve learned never to let a doctor bully me into doing something I don’t feel is right; my license is on the line.

Remember, you know what you’re doing, and your goal is to provide ethical, quality dental hygiene care to your patients. Nine out of 10 of my patients appreciate the concerns I have for them. They appreciate me not rushing through treatment and just getting it done for the sake of the office’s bottom line. I encourage you to be confident, be honest, and be strong. Pay strong attention to any gut feelings. It’s more than your license; it’s potentially a patient’s life on the line. Your compassion and non-judgemental attitude can make all the difference in patient outcomes.

To provide quality care with courtesy, concern, and compassion to each of our patients while continuing to earn the trust and confidence of our patients and referring dentists.

We place a high value on professionalism, personal integrity and a commitment to excellence.